The first boutique hotel beneath the High Tatras is situated directly in the heart of a historical town of Kežmarok at the intersection of three national parks TANAP, PIENAP and Slovensky Raj (Slovak Paradise) and it offers a great view of Belianske Tatras. Hotel Hviezdoslav**** a hotel consisting of four historical buildings from 17th century was reconstructed in an antique style and is located in the centre of such cultural monuments as Kežmarský hrad (Kežmarok Castle) or gothic Bazilika Minor (Basilica Minor) which contribute to its magical character. Each of these four buildings provides not only a historical value but also a breath-taking story. Moreover, the hotel offers a perfect harmony of the past and the present. The hotel was named after P.O. Hviezdoslav, the most famous Slovak writer, who during his studies at the famous kežmarské lýceum (grammar school in kežmarok) lived in one of these buildings. It is well furnished -  in warm colours and it is in compliance with the history, literature and art related to this ancient town. Hotel Hviezdoslav is the 10th member of the Association of Historic Hotels of Slovakia and also a winner of “Hotel Host of the Year“ category of the survey of the Association of Historic Hotels of Europe in 2016.

The hotel offers a warm family atmosphere, a high standard accommodation in elegant, spotless and comfortable rooms. Hotel provides a pleasant and stylish facilities for business meetings, trainings, lectures, conferences and corporate events but also for small family events or large family gatherings, events such as receptions, coctail parties or banquets. All guests are welcome to use a popular Wellness Centre Harmony offering sauna, jacuzzi, massages or relaxing body wraps.

In summer months the hotel terrace, which can be found in the atrium of the hotel, becomes an oasis of relaxation. It is full of greenery, plants, flowers and herbs with a majestic view of Basilica and Belianske Tatras. The hotel also provides Lobby Bar Múza offering a wide variety of coctails, homemade lemonade, handmade Belgian pralines and also delicious canapes, Literary Cafe offering wide range of high-quality wine, coffee, Belgian chocolate or homemade cakes and desserts. Moreover, Poézia Restaurant offers all guests looking for high-quality culinary arts its professional service and its pleasant atmosphere. The hotel also provides a private parking lot under video surveillance in the atrium of the hotel and a  free WiFi connection.

History of  the Hotel

Kežmarok is a beautiful ancient town famous for its valuable cultural monuments. During the different centuries the town was developing and kept changing but its fame which it gained thanks to the different personalities associated with Kežmarok contributing to the town's charming atmosphere can be felt all around it even nowadays. Hotel Hviezdoslav **** the first boutique hotel beneath the High Tatras is situated directly in the heart of the Town Monument Reserves of Kežmarok. It consists of four historical buildings dating back to the 17th century registered in the Central Register of Monument and Historic Sites of Slovakia.

The first of these houses was under reconstruction from 2009 to 2011 and it was opened on 6th April 2011. From 1640 the family of a furrier named Gaspar Heckel lived in this house no.49 which they also used as a workshop. The house was of a Renaissance style having Gothic foundations similarly to the other three houses.The town is famous for its rich craftsmanship tradition. This craftsman sold his house to the family of another craftsman Carl Hayde – who was a gingerbread manufacturer and moved to Kežmarok from Levoča. Later, Hayde also bought house no. 45. In the 19th century the family of Mária Kupferschmidt and Ferdinand Von Cserépy who was considered to be an esteemed citizen of the town of Kežmarok lived here. At the same time a young student named Pavol Orságh Hviezdoslav who studied at Lyceum of Kežmarok for four years lived privately in the house no.49. In 1911 the house was bought by another craftsman – a button manufacturer named Andreas Szkladányi who used it as a workshop and haberdashery. At that time the house was reconstructed in the Classical style preserving the Renaissance details. They lived in this house to 1970, then the householders kept changing to 2008 when the house was sold by Klempár family. In autumn 2009 a massive reconstruction and extention of the hotel started. It was completed in April 2011 when there was an opening ceremony of its first part with the participation of many eminent personalities from the tourism, hotel industry, public administration and media. Hotel was named after the most famous Slovak writer who lived and worked in this building. In August 2013 the reconstruction of the other three houses started. It was completed by 17th July 2014. Thus a beautifully reconstructed complex of four historical buildings -  an elegant, luxurious and comfortable boutique Hotel Hviezdoslav built in a historic style perfectly fitting into the historic town of Kežmarok was built.

The building no.47 was a house of Jakub Kray -  the reeve of Kežmarok and a diplomat who was willing to give his life for his town, his beliefs, the truth and the freedom. He lived in this house with his beautiful wife Mária, their three sons and a daughter. His grandson Pavol Kray – the marshal of the imperial army was born here. He was very important for the monarchy especially in the military field and thus contributed to making the town of Kežmarok famous. Pavol Kray jr. is the third important person from the Kray family. He was the son of the executed reeve and also a famous cartographer - the author of the oldest map of Spiš region and its surroundings with original Slovak – German – Hungarian names.

Matej Bel used this map in his famous work “ Messenger of Old and New Hungary“. Later the householders changed several times. Its unique feature is that the entry to this house is also the entry to house no. 45. It is a semi-detatched house - the only one in Kežmarok. Moreover, it is the oldest house in Kežmarok.

Carl Hayde , a famous gingerbread manufacturer who came to Kežmarok from Levoča, lived in the house no. 45 from the 18th century. The ground floor of the house served for manufacturing of gingerbread and beeswax candles. This family and also the whole generation of this family lived here to 1945 while they were improving their mastery of the gingerbread production. After 1945 they moved abroad. They participated in numerous exhibitions and their products also won a number of awards. Thus the Hayde family contributed to the fame of Kežmarok. Nowadays, the Museum of Kežmarok offers the visitors exhibition of the baking tins of this family. After 1945 the house was a property of the town of Kežmarok. From the historical point of view it was insensitively reconstructed a number of times. Therefore, the reconstruction into its current state was very difficult. In the 18th and the 19th century the house no. 43 was a property of the Shooting Club of Kežmarok – which was considered to be one of the best and most active clubs. An old bakery also belonged to the house.

Kežmarok blazes with the triad of historical stars which can shine for the centuries if we are able to take away the clouds veiling them and we do believe we have managed to pay tribute to at least some of them.

Story of The Hotel

In the past Kežmarok was known as a student town due to the well known Lyceum. In 1865 a young student Hviezdoslav started his study in year 4 here. The lyrics of a song about this town said: “The town of Kežmarok was painted by a painter, to be sure, there are two hundred students for a red half cent. “ Hviezdoslav came here in order to improve his German. In the picturesque town of Kežmarok, with the Tatras' peaks in the background, his perceptive soul absorbed the beauty of the verses of poets such as Petôfi, Arany, Goethe, Schiller, and mainly Shakespeare. The beauty of nature, his sensitive heart of a poet and his impressions gained from the literary works he had read lead him to expressing what he was experiencing. Thus he he used a thick notebook for writing down his verses full of his own reflections, thoughts about the relationship towards the world and the nation  but also about gentle farewell to love. During year 5 of his studies in Kežmarok he received a number of scholarships for the simple reasons: he was of a poor origin but an excellent student with a great poetic talent. During his studies Hviezdoslav lived privately in a house which is nowadays a part of our hotel. However, the scholarships did not cover all his expenses necessary for his studies, food and accommodation. So he used to earn some money by tutoring weaker students from the rich families. Thus he got into the family of Július Demiány – a hardware and blacksmith merchant. Only then he saw what a life in a luxury when people do not feel lack of anything looks like and he started to realize his poverty more and more. That left him feeling humiliated. In year 5, he became a member of the Hungarian Self- Education Club and as he got the most awards for his works he became the secretary of the Club. However, in 1866/67 something what changed him happened. We will never find out what was the real reason for that. He tried to get closer to his rich schoolmates  but was not successful as they did not accept him. He fell in love with a girl - a sister of his schoolmate who he tutored in the Demiány family. Maybe that was the reason they made him feel inferior or maybe he alone felt like that. We can only guess what really happened.

He also experienced another change during his life in Kežmarok. He found out that apart from the Hungarian poets there are also other great poets in the other literatures. He found out that the Slovak literary works were hiding precious thoughts and ideas and that Slovaks have their own past and literature. That led him to writing his first verses in Slovak. He got through all the years of his study very smoothly. He had a positive relationship not only to humanities but also to exact sciences – which was also proved by finishing his Maths school leaving exam 45 minutes earlier than the rest of the students. The oral school leaving exams consisted of nine subjects. He was the only one from 27 students who was awarded an A in each subject. However, he was not a bookworm. He enjoyed going out with his friends , going for a beer (even though it was strictly prohibited) which often got him into school prison. He published his first book of poems during his studies in Kežmarok as 19 – years old. The title of the book was “Básnické Prviesenky Jozefa Zbranského“ and he dedicated it to A. Sládkovič and he considered himself to be his follower. In 1870, after his school leaving exams Orságh leaves to Prešov to study law. 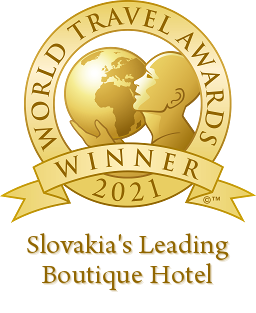 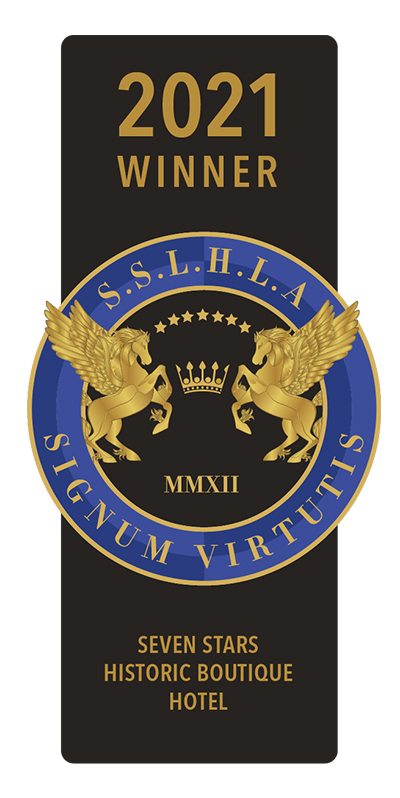 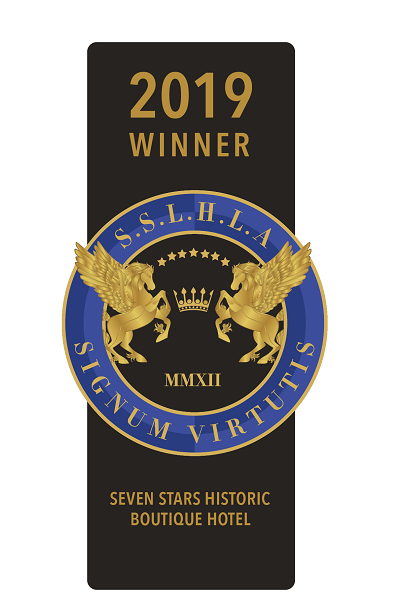 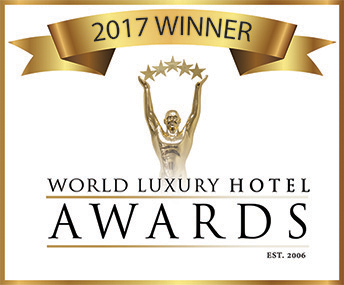 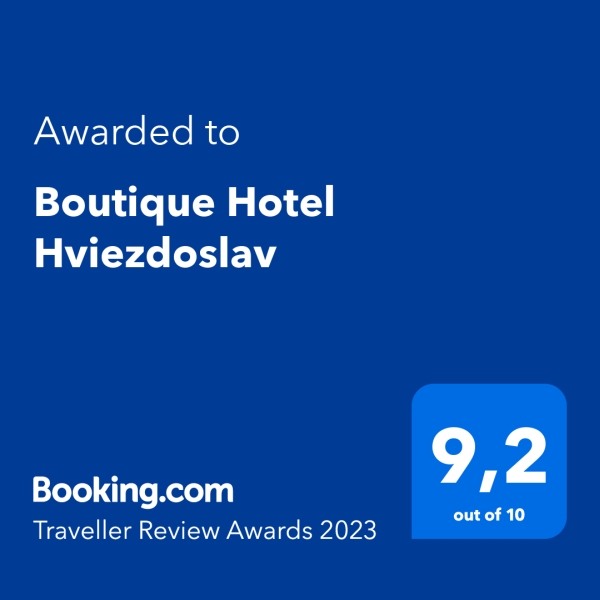 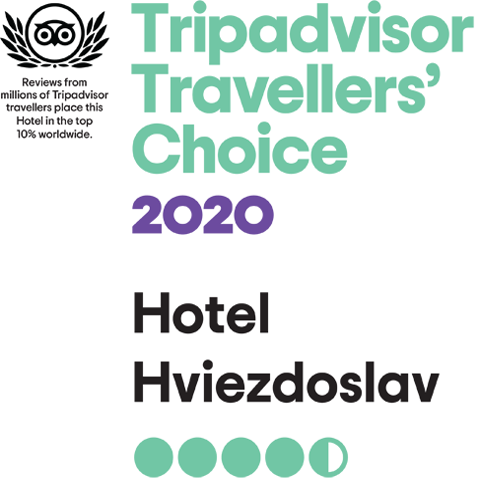